No one has been exempt from the massive changes going on throughout our individual and collective lives. 2012 has been quite a classroom for change. Yet over the past several weeks, as the great Swami Beyondananda aka Steve Bhaerman so wisely puts it; “the shift has hit the fan”. 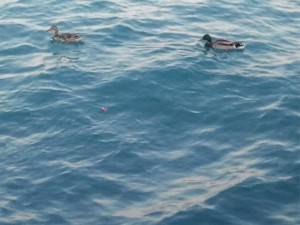 For most who have been personally impacted, these shifts have felt like part of a floor was collapsing from under foot. These were not the parts that were strong and stable but the areas that were in need of repair or holding too much of the weight for the entire space. For the last several months, I’ve been getting call after call about abrupt losses in all life quadrants and while the energy of the change felt like a natural disaster, the place that got hit was the most in need of a radical and complete overhaul. All of these lessons were inviting (you can never force anyone to “get it”) those in the place of vulnerability to widen their spiritual heart space and allow new experiences and expressions of compassion and empathy. People who were sitting at a friend’s hospital bedside found themselves in the same bed one week later, some who are very capable athletes had temporary but significant injuries requiring them learn how to face feelings rather than turn them into physical fuel, people lost jobs they hated but couldn’t quit due to fear or ego issues. The examples continue with a consistent theme of switching the polarity of power and control from one side to the other in our selves, our work, our relationships and our world so we can be wrestled free from clinging to the old ways or outgrown patterns that no longer serve.

One source of these radical life change weather patterns can be seen when studying current astrology. These are the elders of the cosmic skies – Saturn, Venus, Pluto and Uranus – that are finally stepping in to give us a hand with the tasks we can’t seem to do on our own. Similar to when a parent is trying to let a child find their way to gain balance with a difficult task, at some point they might step in and give them a push or even an impatient nudge. This full moon in Capricorn on July 3rd shined it’s flashlight of responsibility, structure and authority to show us where and how to fix our problems or be the architects of our own rehab project: ourselves. Capricorn is ruled by Saturn, the architect of the zodiac. Saturn has just turned direct after a very intense retrograde cycle in Libra. Libra is ruled by Venus, who just went through its retrograde dance over the sun to deliver her message about living in our authentic hearts from a place of love, tolerance, balance and sharing. If it wasn’t enough that these two personal planets that direct us in a more individual arena are showing up, the more globally focused planet Pluto is also present. Pluto is the great cosmic magician and healer who has been working us to the bone of our self structure. Pluto has been in Capricorn for year three of it’s thirteen year tour of duty. Uranus is now squaring Pluto to make sure whatever we rebuild is done in a new and more evolved way in keeping with the dawning of a new era that is approaching. In addition, on the recent full moon day (July 3rd), Mars moved into Libra to help us find the inner warrior energy that we must summon to get the courage to not only face but even improve the most vulnerable part of our lives.

Mercury is going retrograde in Leo from July 14 – August 8th; usually a cause for caution or concern but I believe that this cycle is going to be a real ally to those seeking a more authentic and heart-centered way of life. Leo rules the heart with the force and power of the cosmic sun, restoring and inspiring us to live in the most authentic, creative ways possible. As Mercury moves back into the last several weeks of this intensely challenging time, we find the gems we lost in the chaos of the moment and even retrieve the ability to enjoy the journey – we can be carried by the river that got created out of the dark storm just days before. As the sun is still in the sign of Cancer, we are likely contributing to the waters beneath us with intense emotional feelings that are finally bursting with the full moon, yet this release can open the human centers of mind, heart and will to break old patterns necessary for real dynamic evolution on all levels.

This all sounds great but how do we stay in our hearts while admitting to the truth of what we see without the distortions or illusions and forge ahead to move the debris of the breakdown that is necessary for the freedom of the breakthrough?

I turn to one of my personal heroes, Brene Brown, for some home spun wisdom:

“Authenticity is a daily practice. Choosing authenticity means: cultivating the COURAGE to be imperfect, to set boundaries, and to allow ourselves to be vulnerable: exercising the COMPASSION that comes from knowing that we are all made of strength and struggle and connected to each other through a loving and resilient human spirit; nurturing the CONNECTION and sense of belonging that can only happen when we let go of  what we are supposed to be and embrace who we are.

Authenticity demands WHOLEHEARTED living and loving -even when it’s hard, even when we’re wrestling with the shame and fear of not being good enough, and especially when the joy is so intense that we’re afraid to let ourselves feel it.

Mindfully practicing authenticity during our most soul-searching struggles is how we invite GRACE, JOY and GRATITUDE into our lives.”