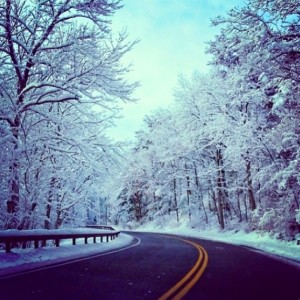 When I sat down to write this last newsletter of the year, I had to face that I had only written two others this entire year. I had written the others psychically but those didn’t make it this far to reach the actual paper. I had a year of losing and finding myself; threading in and out of my practical left brain while being pulled into the cosmic void of mystery. Some of this was a means of coping, some a result of my progressed astrology chart and a good deal of it was the result of the bigger impact of being launched out of the cosmic cannon of 2012.

Moving into the Golden Era or Fifth Sun was not all rainbows and gardens but more of a perpetual state similar to the anti-climactic feel after achieving a long awaited and very important event, like graduating school or getting married. No matter how unsettling the energies of 2012 were, those of us spirit seekers were in it together. Even the skeptics and doomsday folks, everyone was curious and in conversation about what might happen as we approached and arrived at the end of the Mayan Calendar on 12/21/2012. There were gatherings, meditations, celebrations and conferences throughout the year and on that auspicious day. Most of us would agree that last year offered much intense change, including shifts and initiations in subtle and monumental ways.

Yet what was less talked about was the next phase, which I believe was the far more difficult one: 2013. The year of the water snake took us for a ride into the hidden facets of our human side. Like a teacher that believed in us so fiercely that they were going to push us to the limit, 2013 revealed what blind spots we hold as a world and as individuals that block lasting change. By forcing us to face our individual shadows, wounds, fears and truths, we were required to re-dedicate ourselves to our greater spiritual understandings and clean up the internal conflict that was mirrored by or reflected back from the fractured world state of affairs. The motivational phrase, “be the change you wish to see in the world,” pushed us to change what is wounded in the world in ourselves – our relationships, our work, our health – all aspects of our lives were under the microscope for intuitive diagnosis and psychic surgery.

The planetary alchemists all converged to support this deep cleansing of our internal and inherited toxins by putting us on a big Pluto, Saturn, Scorpio detox and it did the trick. Then Uranus sent Aries-influenced lightening bolts and we all began to feel the combination of change waves from the inner and outer layers. By mid 2013, almost everyone I knew had serious or sudden shifts, losses, disruptions or changes happening. The year of Saturn in Scorpio was putting on the black light 3-D glasses and moving through all our favorite hiding places. This was necessary to support of our constant prayers that we be filled with love in our hearts, peace in our minds and have bodies emanating light.

While thinking about a theme for this end-of-year summary, the phrase that really came to me was Sera Beak’s saying: “#truth bomb”. The most liberating, compassionate action I could engage in during this year and what I really worked on with my clients was having the courage to speak and own our truthful experiences in a non-judgmental way. I feel this why Brené Brown has such a universal appeal. She has the courage to be authentic and dare bravely. She sets all of us free to make mistakes, heal, release and connect so we can find and be the truth of who we really are. As the year progressed, I saw so many heavy-hearted folks who felt lost and alone or terrified that the intuitive feelings surfacing from their core would mean the life they had could be at risk. This was the year of the rise of the feminine divine, the staff of power shifting from masculine to feminine, yet we all felt somewhat powerless.

The turning point of this year came for me when I cleared my schedule and went to a conference on sacred feminine leadership in October that as hosted by mega-goddess Chantal Pierrat and her kick butt team at Emerging Women Live. I was shaken to my core and jolted back to life by the likes of Brené Brown, Elizabeth Gilbert, Nancy Levin, Tami Simon, Christine Kane, Sera Beak and our contemporary Kali Ma: Eve Ensler. They all shared their deep truths about marriage, bodies and careers that had crumbled and had to be taken down by the cosmic shaman Pluto so that the authentic emergence of the real soul of the goddess and calling could happen. I knew at that moment that everything I had gone through was necessary, even the profoundly painful stripping down of my heart walls, in order for me to realize a lineage blind spot that had caused my soul GPS to malfunction, causing me to drive in circles.

The biggest reason I couldn’t find a writing voice this year was my own truth bomb: I was living through an 18-month period of having my 18-year marriage end in a way that was unimaginable to me. I was oscillating between states of frozen fear and frantic movement but was simultaneously offered the most beautiful moments of complete grace, profound demonstrations of kindness, love, tenderness and miracles by family, friends, my village of healers and new angels in my life. I often found myself breathless from the beauty. I now feel more vulnerable and accessible and am approaching a new understanding of fearlessness.

When I think about this year, I recall this Rumi quote:

“It is your road and yours alone. Others may walk it with you,

But no one can walk it for you.”

My world cracked open about 19 months ago when Venus went retrograde in Gemini. I faced hosting our lakefront Venus transit celebration while in shock as my own personal Venus transit was just under way. Now, I write this as a Full Moon in Gemini shines her light on me and I prepare to close this era of my life with Venus once again retrograding on the Solstice in my sun sign Capricorn. It’s with a sense of excitement that I begin a new era, holding my hand on the karmic wheel of fortune once again.

I realize that my description of this year may sound grim and dark but every journey, rightly seen, has its beauty and purpose. I’ve had many book ideas float in and out of my consciousness for two decades but it just came to me that it is this journey of my Venus return that I need to share. So I think that 2014, the year of the green wood horse, will be delivering more correspondence from me.

This winter solstice (December 21st, 2013), the day Venus goes retrograde, I invite you to take pen to paper and ask yourself to reflect on the year:

~What was your truth bomb?

~Have you discovered a blind spot that was leaking your power, happiness or ability to manifest what you deeply wish for yourself?

~How did this revelation/truth bomb activate the real healing and life changes you couldn’t get to on your own?

~Do you have the courage to love yourself enough to take ownership of your own journey without knowing the outcome?

We have one more month of the water snake, so let’s shed the last layer of any self sabotage and bring our entire energy to the passionate cause of living the truth of who we are and loving it!

May we walk through the doorway of 2014 with a renewed sense of optimism, ease and wonder about what liberation from personal suffering can bring.